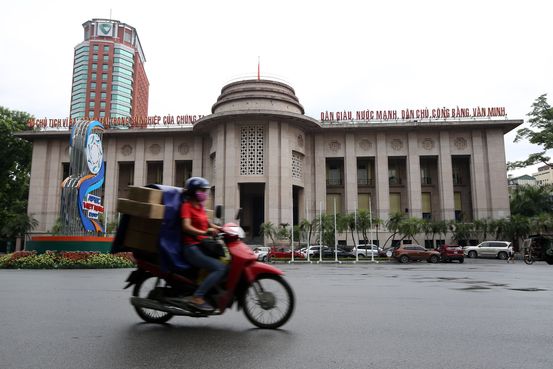 WASHINGTON—Vietnam’s central bank has agreed to improve the flexibility of its exchange rate as part of a continued effort to make its monetary policy and exchange rate framework more transparent, following a meeting between Treasury Secretary

The Trump administration last year labeled Vietnam a currency manipulator and threatened to impose sweeping tariffs on imports from Vietnam. The Biden administration reversed the “manipulator” designation in April, saying it found insufficient evidence that the country was manipulating its currency, but hasn’t yet completed the process that could lead to the imposition of tariffs.

U.S. policy makers and the business community have increased their focus on Vietnam as the country has risen, in just the past decade, from a minor trading partner to the No. 6 source of U.S. imports, trailing only China, Mexico, Canada, Japan and Germany.

In a joint statement Monday, Ms. Yellen and Ms. Nguyen said the State Bank of Vietnam reiterated that the focus of its monetary policy framework is to promote macroeconomic stability and control inflation.

Vietnam’s central bank has agreed to allow the Vietnamese dong to move “in line with the state of development of the financial and foreign-exchange markets and with economic fundamentals,” according to the statement. Vietnam pledged not to lower its exchange rate to give its exporters a competitive advantage.

It will also continue to provide necessary information for the Treasury to conduct thorough analysis and reporting on its activities in the foreign-exchange market, as part of Treasury’s regular currency report to Congress.

“I believe the State Bank of Vietnam’s attention to these issues over time not only will address Treasury’s concerns, but also will support the further development of Vietnam’s financial markets and enhance its macroeconomic and financial resilience,” Ms. Yellen said in the statement.

The Trump Treasury Department in December said Vietnam had intervened in foreign-exchange markets in a persistent, one-sided manner to limit appreciation of its currency, and had also sought to gain unfair competitive advantage in international trade through its exchange-rate management.

The Biden administration removed that label in April, but said it would continue discussions with Vietnamese officials on their economic and currency policies.

In their statement Monday, Ms. Yellen and Ms. Hong said the U.S. and Vietnam are “trusted partners with friendship grounded in mutual respect,” and said they are committed to maintaining close cooperation between their two institutions.

Ms. Hong said Vietnam’s central bank would continue to manage its exchange rate “to safeguard the proper functioning of the monetary and foreign exchange markets, to promote macroeconomic stability and to control inflation, not to create an unfair competitive advantage in international trade.”

—Josh Zumbrun contributed to this article.

Write to Kate Davidson at kate.davidson@wsj.com

Barclays and Deutsche Bank are on form right now, but investors...
Read more