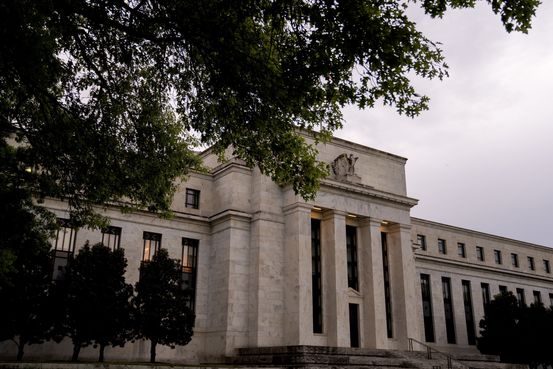 The U.S. economy continued to pick up speed in the spring, as consumers, many of them newly vaccinated and flush with federal stimulus cash, returned to restaurants, hotels and retail stores, the Federal Reserve said Wednesday.

But businesses told the Fed that ongoing supply-chain disruptions and an acute labor shortage have made it difficult for them to meet demand and have caused them to raise prices.

The Fed report, a collection of business anecdotes from around the county known as the Beige Book, said the economy grew at a moderate pace between early April and late May, “a somewhat faster rate than the prior reporting period.”

Prices rose more rapidly than earlier in the year, the Fed said, as businesses passed on rising material and freight prices to consumers.

Some companies said labor and inventory shortages were holding back business. In the Philadelphia area, “manufacturers have stated that their production would be higher but for labor shortages and supply-chain disruptions,” the report said.

A chain of convenience stores in the Cleveland Fed region had to cut back hours of operation for lack of workers.

Companies said lack of child care, lingering concerns about getting sick and expanded federal jobless benefits were keeping some job applicants at home.

In response, businesses across the country and across industries said they planned to raise wages or offer bonuses.

A staffing company in the Cleveland Fed district reported turning away clients who offered less than a $13-an-hour starting wage because it wouldn’t be able to find anyone at that wage.

Overall, the report suggested Americans are eager to leave their homes and spend money, particularly on trips, meals and houses. Restaurants and hotels said demand from domestic leisure travelers was getting stronger. Realtors said they had seen bidding wars for homes. Construction companies said they were struggling to meet demand.

In the Dallas area, some builders had stopped building completed houses and were instead selling empty lots or partly built houses to the highest bidder. Some even worried about running out of land.

Rents were also starting to pick up, following declines during the height of the pandemic.

Write to David Harrison at david.harrison@wsj.com