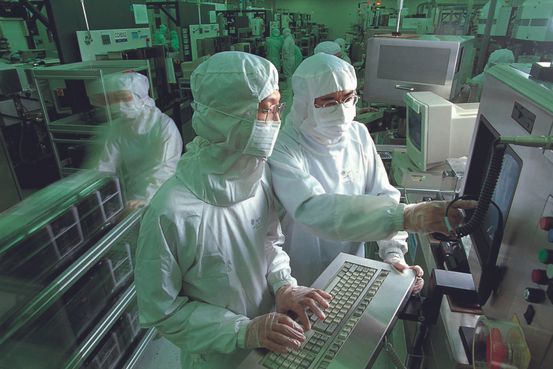 , the world’s largest contract chip maker, said it expects the chip shortage that has hampered car makers to start easing in the next few months after it ramped up its production of auto chips.

The company is on track to increase output of microcontrollers used in cars by about 60% this year compared with last, Chief Executive C.C. Wei said in an earnings call on Thursday. However, he said, the broader semiconductor shortage could persist until 2022.

A dearth of semiconductors, used in products including home appliances and smartphones, has stymied manufacturing activity, notably in the auto industry. That shortfall should be greatly reduced for TSMC customers in the current quarter, Mr. Wei said.

Global auto makers from the U.S. and Europe have put pressure on TSMC to give priority to their orders, forcing the chip maker to negotiate with other clients to free up manufacturing capacity for auto chips.

The company is further increasing production of semiconductors used in cars and other products that require less advanced technology by expanding capacity at plants such as in the Chinese city of Nanjing. Executives said Thursday that the company is also in talks to build a new facility in Japan.

TSMC has pledged to spend $100 billion on increasing production over the next few years to meet surging demand for semiconductors. The Covid-19 pandemic hastened the trend by popularizing electronics for remote work.

The Hsinchu, Taiwan-based company has started construction on a $12 billion manufacturing facility in Arizona, where executives said more expansion is possible.

Mr. Wei, the CEO, said he expects the overall contract chip-making industry to grow 20% in 2021 and that he is confident TSMC can outperform that forecast.

The company’s second-quarter net profit rose 11% to the equivalent of US$4.8 billion, or 134.36 billion New Taiwan dollars, from a year earlier. Revenue increased 20% to US$13.3 billion, and operating margin fell 3.1 percentage points to 39.1% in the second quarter.

The investment in new facilities and advanced technology, along with more expensive raw materials will add to costs for TSMC’s clients, Mr. Wei said.

The company said revenue from customers in North America made up 64% of its second-quarter revenue, down from 67% in the first quarter, while revenue from China accounted for 11% of the total, up from 6% in the previous quarter, with high-performance computing as the major driver.

“China remains a very strong and growing market. We expect our business from China will increase in all market sectors,” Mr. Wei said.

Increasing tensions between the U.S. and China have raised concerns about military conflict in Taiwan and how Chinese aggression could affect the semiconductor industry.

said that while geopolitical risk is an issue many companies are facing, he remains optimistic that Taiwan won’t be affected, given its importance to the global supply chain.

—Kosaku Narioka contributed to this article.