Treasury Could Run Out of Cash in October or November Unless Debt Ceiling Is Lifted, CBO Says

Canadian athletes will be busy competing in several events at the Tokyo Olympics Wednesday, including rowers and swimmers looking to come out on top...
Read more 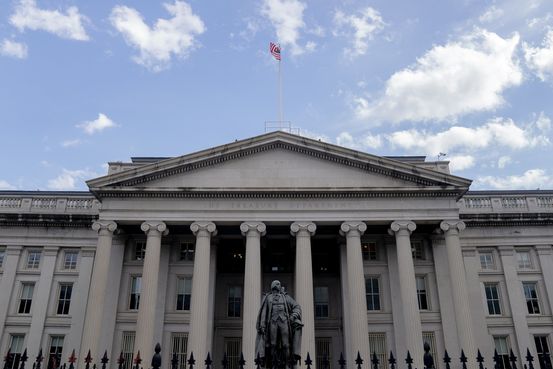 WASHINGTON—The federal government will most likely run out of cash to pay its bills in October or November unless Congress increases or suspends the federal borrowing limit, the Congressional Budget Office said Wednesday.

Congress voted in 2019 to suspend the debt ceiling until July 31 of this year. Since then, the nation has added $6.5 trillion in debt, bringing the total amount owed to $28.5 trillion.

If lawmakers can’t reach another agreement before the end of the month, the borrowing limit would automatically be reinstated at that level, and the Treasury wouldn’t be able to raise additional cash from the sale of government securities.

If it can’t raise new cash, the Treasury has said it would take extraordinary measures to keep paying the government’s bills in full and on time, as it has in the past. Those measures, such as redeeming certain investments in federal pension programs and suspending new investments in those programs, have previously freed up enough cash to last several months.

But Treasury officials have warned Congress that such measures could be exhausted more quickly than in the past. Secretary

said in a June hearing that the pandemic has increased uncertainty about the size and timing of government spending, adding that the Treasury could run out of room to pay the government’s bills as early as August.

The Treasury’s cash balance is projected to be $450 billion at the end of July. But the CBO estimates federal revenues will total $786 billion from July through September, while spending will reach $1.551 trillion.

The CBO acknowledged the difficulty of making precise forecasts on how long the Treasury will be able to get by without new borrowing.

“The timing and size of revenue collections and outlays over the coming months could differ noticeably from CBO’s projections,” the nonpartisan budget office said Wednesday. “Therefore, the extraordinary measures could be exhausted, and the Treasury could run out of cash, either earlier or later than CBO projects.”

At that point, the Treasury could begin to miss payments on its obligations to bondholders, Social Security beneficiaries and veterans and default on the debt.

While U.S. government debt has been on an upward trajectory for two decades, spending since last year to combat the economic and human toll of Covid-19 caused it to jump. The federal deficit rose to $3.129 trillion in fiscal 2020, up from $984 billion in 2019.

Thanks in part to the economy’s strong recovery, deficits are expected to decline in the years ahead. In a separate report Wednesday, the CBO projected the federal budget gap will fall to $789 billion in fiscal 2023, compared with an estimated $3 trillion in the current fiscal year, which ends Sept. 30.

Democrats chose not to include a debt-ceiling increase in President Biden’s $1.9 trillion coronavirus relief package, which was passed in March. That means lawmakers will have to include a debt-limit increase or suspension in other legislation.

A full default by the U.S. government has never occurred. But fights over the debt ceiling have occasionally rattled investors. In 2011, when Republicans demanded policy changes in exchange for a higher debt limit, stock prices fell amid the uncertainty, and Standard & Poor’s downgraded the U.S. debt rating.

Canadian athletes will be busy competing in several events at the Tokyo Olympics Wednesday, including rowers and swimmers looking to come out on top...
Read more
Health

Simone Biles took ‘step back’ from team competition, saying she wasn’t in the right headspace