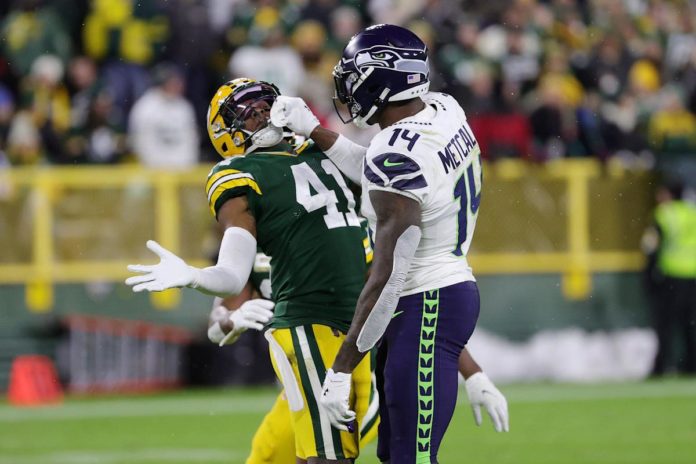 Seattle receiver DK Metcalf, moments after being disqualified for his role in a tussle with members of the Green Bay Packers, briefly tried to re-enter the game anyway on Sunday in the battle between the two squads at Lambeau Field.

There may have been some confusion on the field; CBS TV cameras briefly showed a different Seahawks player heading up the tunnel after Metcalf was kicked out of the game, while Metcalf remained on the sideline. An official noticed Metcalf trying to join the Seahawks huddle and quickly pointed him back to the sideline.

Many folks on Twitter had a similar joke about it, including multiple references to Mets manager Bobby Valentine, who famously returned to the bench with a disguise after an ejection in 1999.

Metcalf was held to just three catches for 26 yards in the 17-0 Packers win.

Our subscribers make this reporting possible. Please consider supporting local journalism by subscribing to the Journal Sentinel at jsonline.com/deal.

DOWNLOAD THE APP: Get the latest news, sports and more