Against the backdrop of the COVID-19 pandemic, the 2020 Tokyo Olympics this year are without the usual crowds and fanfare associated with the world’s...
Read more 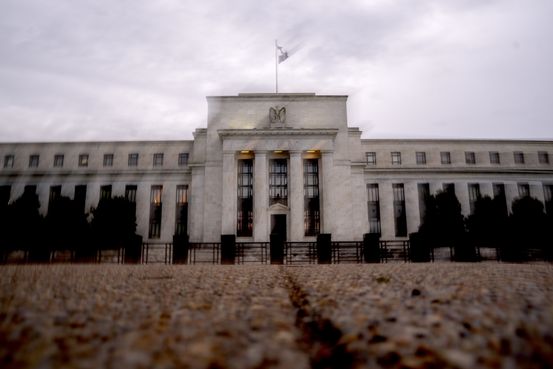 The Federal Reserve is required by law to seek both full employment and stable prices. It heads into a pivotal meeting this week with both sides of that mandate in trouble; inflation has shot up, while unemployment remains uncomfortably high. For the first time in years, it faces two-sided risks: tighten monetary policy too soon and tank the economy, or tighten too late and watch inflation ratchet higher.

This isn’t how things were supposed to turn out. Last summer the central bank unveiled a new monetary framework. Because inflation had been running below its 2% target, the Fed wanted inflation to run a bit above 2% so that over time it would average 2%. To achieve this it would let the economy overheat. Near-zero interest rates and bond buying would bolster demand and return unemployment to pre-pandemic levels below 4%. That would nudge inflation a bit above 2% for a while, a process it assumed would take several years.

Nine months later, unemployment is still around 6% and payrolls are 7.6 million short of pre-pandemic levels. Yet annual consumer price inflation excluding food and energy reached 3.8% in May, the highest in 29 years, and ran at an 8% annualized rate in the past three months. Annual inflation will likely stay above 3% through the rest of this year.

Economists expected some price pressure as the economy reopened, but not this much. What happened? First, demand came back faster than expected thanks in part to two rounds of fiscal stimulus. Last September the Fed projected economic growth this year of 4%. By March, they had raised that to 6.5%.

Second, supply has been constricted by a litany of freak events. Pandemic-induced cuts to production and shifts in demand patterns, a container ship jamming the Suez Canal, a fire at a Japanese microchip factory and a winter storm in Texas created shortages of everything from used cars and semiconductors to chicken wings and lumber. Most strikingly, many workers who left the labor force last year have yet to return, putting upward pressure on wages.

The U.S. has had supply shocks before, mostly related to oil, but rarely so many at once. Supply shocks affect inflation differently from the “overheating” the Fed thought would arrive by 2024 because they aren’t necessarily associated with rising output. For example, used-cars sales this year are roughly level with 2019, according to Cox Automotive. But supply has been held back by people hanging on to leased vehicles longer, and rental-car agencies having fewer vehicles to sell. That has pushed prices up 18% in the past two months according to the Labor Department, contributing about 0.5 percentage points to inflation.

Rising wages are typically a sign of a tight labor market that draws more workers into the labor force. Not this time. Enhanced unemployment benefits, the virus and changed priorities are keeping them out. In May, the labor force actually shrank.

The Fed can’t do anything about supply shocks. Higher interest rates won’t produce more used cars or expand the labor force, but would slow the jobs recovery and perhaps cause a recession. The Fed has argued the rise in inflation is transitory; for example, the expiration of enhanced unemployment insurance and a receding pandemic should bolster the labor force later this year. In any case, it wants inflation to temporarily overshoot 2% to make up for years of undershooting.

But there’s a caveat: the inflation effect of supply shocks is transitory so long as the public doesn’t expect permanently higher future inflation. Higher expectations can change wage and price setting behavior and thus become self-fulfilling.

Back in the 1970s expectations were poorly anchored so oil shocks in 1973 and 1979 fed into broader inflation, forcing the Fed to raise interest rates sharply, causing deep recessions.

But since the 1990s, inflation expectations have been relatively stable around 2% in most advanced countries, taking the sting out of supply shocks. Britain’s experience following the global financial crisis offers an encouraging template. Unemployment was high, yet a falling pound, an increased value-added tax and some labor bottlenecks boosted average inflation above 3% from 2010 to 2011, well above the Bank of England’s 2% target.

then a member of the bank’s policy committee, argued against raising rates, predicting inflation would return to target. He was right.

Mr. Posen, now president of the Peterson Institute for International Economics, said the Fed faces less inflation risk today than in 1979 but more than Britain did in 2009. He thinks the Fed should sit tight and gamble that today’s situation is “closer to the 2009 than the 1979 case. But this isn’t as clear-cut as when I was at the Bank of England.”

How concerned are you about inflation? Join the conversation below.

Indeed, the U.S. economy is now growing rapidly thanks to vaccines and fiscal stimulus. Some price increases, such as rents, probably aren’t transitory; and some of the labor force reduction may be permanent. The bond market expects inflation to return to just above 2% in coming years, but households expect it to stay high, according to some recent surveys.

What should the Fed do? It won’t know for months whether the rise in inflation is more than transitory; meanwhile, the bond markets aren’t acting worried. This argues against abandoning its plan now.

Yet the landscape is clearly different, and more perilous, than the Fed anticipated just six months ago. Officials have yet to acknowledge that changed landscape. Publicly, their concerns have dwelt on the full-employment part of their mandate, perhaps leaving the wrong impression they care less about the low-inflation part. Expect them to correct that misimpression, starting this week.

Write to Greg Ip at greg.ip@wsj.com

Behind the Rise of U.S. Solar Power, a Mountain of Chinese Coal

Solar panel installations are surging in the U.S. and Europe as Western countries seek to...
Read more
Business

Massachusetts is emerging as a key battleground in the U.S. fight over whether to phase...
Read more
Business

Against the backdrop of the COVID-19 pandemic, the 2020 Tokyo Olympics this year are without the usual crowds and fanfare associated with the world’s...
Read more
World