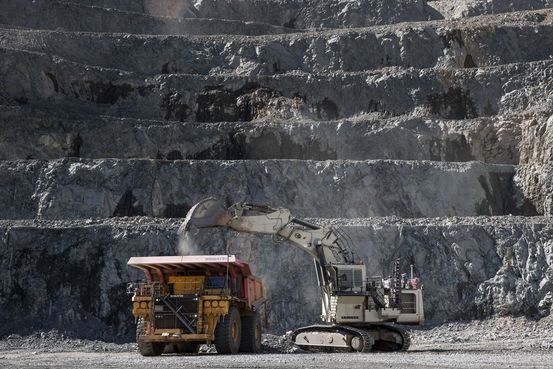 The disruptions come as governments around the world grapple with the impact of higher commodity prices as the global economy bounces back from Covid-19 and spending on infrastructure rises. Several countries in South America and Europe have recently raised interest rates to counter inflation concerns.

Rio Tinto is the world’s second-largest mining company by market value, behind

, and is a major supplier of commodities to countries including China and the U.S. Tighter supply risks supporting prices as trillions of dollars of stimulus deployed world-wide bolsters demand for metals. Some mined commodities including iron ore and copper have hit record prices this year.

said when detailing Rio Tinto’s operational performance in the three months through June.

Infections have been rising in many parts of the world because of highly transmissible mutations of the coronavirus, particularly the Delta variant, prompting some countries to tighten public-health rules in a bid to get case numbers under control.

Mr. Stausholm said border closures have made it difficult for Rio Tinto to bring in more skilled workers to its operations in countries such as Australia and Mongolia, which account for the majority of its profits. These restrictions can affect maintenance work or accelerating new projects, the company said.

Rio Tinto now expects iron-ore shipments from its Australian mining operations this year to be at the low end of an earlier estimate of between 325 million and 340 million metric tons. Exports totaled 76.3 million tons in the three months through June, down 12% from a year earlier. The miner also raised its forecast for iron-ore production costs this year.

Some analysts think Rio Tinto is still too optimistic about its exports. “We believe something below the bottom end of the range is more likely,” said Jefferies.

Covid-19 restrictions mean Rio Tinto has been slow to integrate new iron-ore mines to replace older pits as resources become depleted. In particular, travel restrictions in Western Australia have left it short of workers experienced in mechanical, electrical and other roles, the company said.

At its Gudai-Darri development in Australia, Rio Tinto’s first new iron-ore hub in more than five years, labor shortages have disrupted steel fabrication and construction work. “First ore in the crusher is expected in 2021, although commissioning is later than originally planned,” the company said.

Rio Tinto said it has also been struggling with above-average rainfall in northwest Australia, where its iron-ore mines are located, while making adjustments to mine plans to protect areas of cultural significance. Rio Tinto deepened engagement with indigenous groups following last year’s destruction of two ancient rock shelters at Juukan Gorge in Australia, which contained a trove of artifacts that indicated they had been occupied by humans more than 46,000 years ago.

The Anglo-Australian miner said it also expects annual copper output to be at the low end of an earlier projection. The company mined 115,500 tons of copper in the second quarter, taking first-half output to 236,100 tons. Its estimate for 2021 production is for 500,000 to 550,000 tons.

At Escondida in Chile—the world’s biggest copper mine, in which Rio Tinto has a 30% stake—copper output has fallen sharply because of measures to prevent Covid-19’s spread following a resurgence in cases, Rio Tinto said.

More infections in Mongolia have also led to restrictions there, which slowed construction work on the company’s Oyu Tolgoi underground copper project. Quarterly shipments from the adjacent open pit were limited by Chinese border restrictions.

“In Mongolia, the situation has been very difficult as cases surged in Ulaanbaatar and at Oyu Tolgoi site,” Rio Tinto said.

The miner said it has applied strict quarantine and testing measures for workers to access its operations there. “Project progress has been significantly affected by heightened Covid-19 constraints,” it said.

Still, Rio Tinto was upbeat about the global economy, as supportive government policies and rollout of vaccines drive a recovery.

Write to Rhiannon Hoyle at rhiannon.hoyle@wsj.com