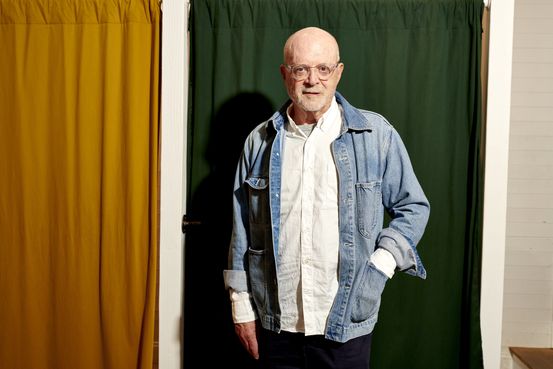 At an age when most people retire, Mickey Drexler is starting a new job. The former Gap Inc. and J.Crew Group boss is taking over as chief executive officer of Alex Mill, a clothing brand his son started.

Mr. Drexler made Gap T-shirts and khakis cool in the 1990s and spearheaded a turnaround at J.Crew. But he left both companies amid prolonged sales slumps. Now, at 76 years old, he is diving back into the business at a time of upheaval, as brands emerge from the Covid-19 crisis and continue to grapple with the shift to e-commerce.

“I’ve been through many non-fun periods in my career,” Mr. Drexler said in a recent interview. But he said he is having more fun now than ever because the company is small enough that he can focus on the details, down to the color, style and buttons of every garment. “I never want to retire,” he said.

His son Alex Drexler founded Alex Mill in 2012 as a maker of men’s shirts sold at luxury stores such as Barneys New York. After Mickey Drexler stepped down as J.Crew’s CEO in 2017, he made an investment in the company, became an adviser and introduced his son to Somsack Sikhounmuong, who had served as J.Crew’s design chief.

In 2018, Alex Drexler and Mr. Sikhounmuong relaunched Alex Mill with broader collections for women and men and focused on selling directly to consumers through its website and a bricks-and-mortar store, although the brand is also sold by other retailers, including Nordstrom Inc. and Net-a-Porter.