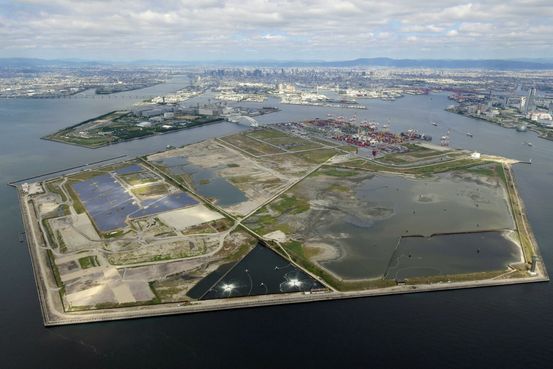 Global casino operators have been looking for opportunities since Japan legalized casinos in 2018, but the process has moved slowly and some companies have dropped their bids.

Osaka, the core of Japan’s second most-populous region after the Tokyo area, has been among the most active in pushing casino plans. The city has offered Yumeshima or “dream island,” a man-made patch in Osaka Bay, for a casino-centered resort.

to spend ¥1 trillion, equivalent to about $9 billion, to build a casino resort. They are the only group pursuing such a project in Osaka.

While the Osaka government hasn’t officially given the consortium’s plan the go-ahead, Mr. Yoshimura hailed the proposal. “I would like to invite the world’s best integrated resort to Yumeshima where many people in Japan and abroad can come and enjoy Osaka after the pandemic is over,” Mr. Yoshimura said.

If all goes smoothly, Osaka plans to apply to the national government by April 2022 for selection as one of three locations nationwide for casinos. Assuming Osaka is picked, it would hand over the land to the operators around 2023 and the resort would open in the latter half of the 2020s, Mr. Yoshimura said.

Orix said it and MGM have equal shares of the consortium, but it declined to say what that share is. Mr. Yoshimura said he expected local companies to join the project.

At a Bernstein investors’ conference in June, MGM Chief Executive

said the company met with Osaka leaders to scale back some elements of the resort, such as meeting and convention space. He said the changes would “center us more in our core business of gaming” and improve returns on the project.

Polls show a majority of Japanese oppose casino gambling. Advocates of the idea tend to call the facilities integrated resorts and say that casinos are only a small part of them.

Other companies have ended their pursuit of a casino in Japan after delays in the licensing process.

, formerly led by the late

said in May 2020 that it dropped its proposal for Yokohama, south of Tokyo, over concerns about the license lasting only 10 years. The company said the decision wasn’t related to the pandemic. Sands has longer-term licenses for its casinos in Macau and Singapore.

Gov. Yoshimura said he was confident that Osaka, a popular destination for Asian tourists before the Covid-19 pandemic, would recover quickly once infections ease. MGM and Orix “decided to invest because they think so too,” he said.

Write to Megumi Fujikawa at megumi.fujikawa@wsj.com and Katherine Sayre at katherine.sayre@wsj.com