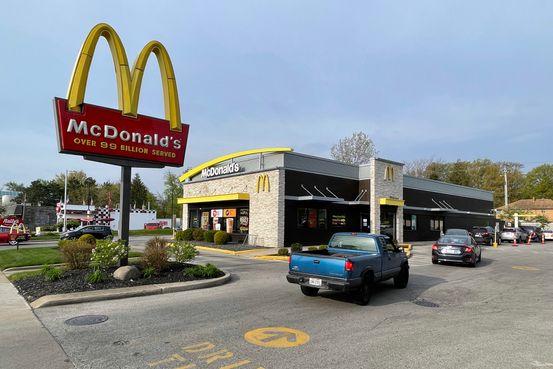 owners are adding emergency child care and other benefits, as many U.S. restaurants are struggling to hire enough workers to run their businesses.

U.S. franchisees of the burger giant aim to boost hourly pay, give workers paid time off and help cover tuition costs to draw enough workers and improve the Golden Arches’ image as an employer. McDonald’s corporate parent said it is making a multimillion-dollar investment to back the franchisee efforts. Franchisees own 95% of the chain’s roughly 13,450 U.S. stores.

Labor has emerged as one of the biggest challenges to the U.S. economy’s post-pandemic rebound, particularly in service-heavy businesses that depend on large numbers of workers to prepare meals or make beds.

Restaurants last year made some of the largest layoffs, as Covid-19 prompted shutdowns and restrictions, and the industry now is struggling to bring back workers and find new ones. Restaurant and bar employment remains 1.3 million workers lower than since the pandemic began spreading in the U.S., while other sectors have nearly returned to full employment.

Many restaurant workers left the industry last year for other jobs, and the sector currently has one of the highest rates of employees quitting. The rate of U.S. restaurant and hotel workers leaving their jobs hit a two-decade high in April and remained there in May, according to the Labor Department.

McDonald’s, one of the largest U.S. private employers with around 800,000 people working in the chain’s restaurants, is closely watched by others in the industry for its moves on pay. McDonald’s in May said it would bump up starting pay in its corporate-owned restaurants to $11 to $17 an hour and said it would keep assessing wages to be competitive.

McDonald’s franchisees last year began evaluating the pay and benefits that operators currently provide workers to figure out what may need improvement. Owners surveyed current McDonald’s restaurant employees about what they’d like to see in compensation. More than 5,000 McDonald’s workers and managers participated, according to the presentation.

Franchisees found that McDonald’s employees gave priority to a range of possible additional benefits, spanning enhanced pay to more workplace flexibility. After discussions throughout the year, franchisee leaders last month agreed to help boost training, workplace flexibility, pay and benefits across markets. Individual restaurants are now adopting the employee program, such as a Denver operator who is spending more than a million dollars on wage increases, according to McDonald’s.

McDonald’s owners said in an internal presentation reviewed by The Wall Street Journal that they needed to demonstrate their commitment to employees. The new employee program, the presentation said, aims to “fundamentally change what it means to work at a McDonald’s restaurant.”

McDonald’s efforts to sweeten its pitch to fry cooks and drive-through operators is part of the restaurant industry’s broader battle for workers in an economy short on labor.

A personal, guided tour to the best scoops and stories every day in The Wall Street Journal.

A recent survey of around two dozen chain operators by the Compass Restaurant Consulting and Research firm found that receiving unemployment benefits was the top reason restaurants lost workers since the pandemic hit. Following closely behind was what workers described as disenchantment with the restaurant industry. Feeling unsafe while working in a public-facing job during the pandemic ranked third, according to the survey.

A number of restaurant companies are trying to understand what it will take to lure back workers.

conducted a weekslong survey of market wages before announcing last month it would boost starting pay to an average of $15 an hour, chain executives said.

executives said they raised hourly wages at more than half of their U.S. restaurants this year and are reviewing compensation frequently to keep it competitive.

This summer, McDonald’s franchisees will begin to study how their pay measures up against other employers in their markets to make it more competitive. A group of franchisees this summer are also expected to begin offering employees backup child and elderly care, and owners will decide whether to expand it by the end of the year.

a restaurant owner and officer with the company-backed National Franchisee Leadership Alliance of franchisees, said owners hope the incentives will help McDonald’s and its operators compete in today’s job market.

Write to Heather Haddon at heather.haddon@wsj.com