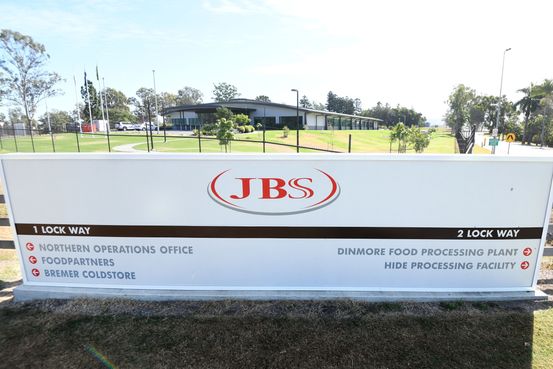 meat plants ramped up production after a cyberattack this week, while some farm-state lawmakers called for an overhaul of practices that they said had left meat production vulnerable to calamities.

JBS plants in the U.S., Canadian and Australia were running again on Thursday, with some scheduling 10-hour shifts or weekend work, according to notices shared with employees. JBS said its plants around the world were operating at normal capacity Thursday as the company rebounded from what federal officials called a ransomware attack.

The recovery efforts by JBS came as officials in Washington looked for ways to address the threat posed by ransomware. John Carlin, a senior official at the Justice Department, issued a memorandum to U.S. attorney’s offices around the country on Thursday urging all ransomware investigations to be coordinated with a ransomware task force created in April.

JBS said Thursday that after identifying the intrusion, it notified federal authorities and shut down all its systems to prevent the attack from spreading and to preserve unaffected systems. The company previously said the hack was identified on May 30.

JBS said its encrypted backup servers weren’t affected, allowing the company to resume operations more quickly. JBS estimated that less than one day’s worth of meat production was lost during the shutdowns, and that it would make up the difference by the end of next week.

“The criminals were never able to access our core systems, which greatly reduced potential impact,” said

The incursion at JBS, the world’s largest meat supplier by sales, forced abrupt closures of plants handling roughly a fifth of U.S. beef, pork and poultry production while the company worked to get its systems back online. Cattle futures prices earlier this week dived on the prospect that one of the industry’s biggest buyers would temporarily step out of the market, while wholesale meat prices jumped as retailers, restaurants and distributors contended with tighter supplies of beef and chicken.

Lawmakers and cattle ranchers said the cyberattack followed other industry disruptions that proved costly for livestock producers and consumers. In April 2020, many of the country’s biggest beef and pork plants shut down for weeks at a time after workers contracted Covid-19, sending livestock markets lower while wholesale meat prices surged. A similar pattern followed a 2019 fire that temporarily closed a Kansas beef plant owned by

which processes around 5% of U.S. cattle.

(R., Iowa) said the cyberattack’s fallout showed the risks of industry consolidation that has led to a handful of big companies processing the bulk of America’s meat.

Mr. Grassley and other farm-state senators in March introduced legislation that would require beef processors to make at least half of their weekly livestock purchases on the open market, versus through pre-negotiated contracts. Proponents say the requirement would make cattle markets more competitive and improve prices for ranchers. Other senators proposed a separate bill in March that would set regional minimum cash prices for cattle and increase reporting requirements for processors.

A JBS spokesman had no immediate comment. The North American Meat Institute, a trade group for U.S. meat processors, said that processing capacity among the biggest companies has held relatively steady for the past 25 years, with more than a decade since the last big merger and that livestock prices are driven by supply and demand.

Production at JBS plants in Australia that process roughly a quarter of that country’s red meat came back online faster than authorities had expected after the attack, Australia’s agriculture minister,

Authorities hope the plants will be operating at close to full production rates by early next week, Mr. Littleproud said, adding that authorities want JBS to demonstrate that their computer systems are properly functioning to guarantee quality assurance.

Mr. Littleproud said the restarts had damped concerns of potential shortages in Australia, which exports more than two-thirds of its beef and veal to markets including the U.S., Japan and South Korea.

“We are looking as though we’ve got a good trajectory to get there,” he said.

Companies at Risk of Cyberattacks

—Dustin Volz contributed to this article.

Write to Jacob Bunge at jacob.bunge@wsj.com and David Winning at david.winning@wsj.com