Humanoid Robot Keeps Getting Fired From His Jobs 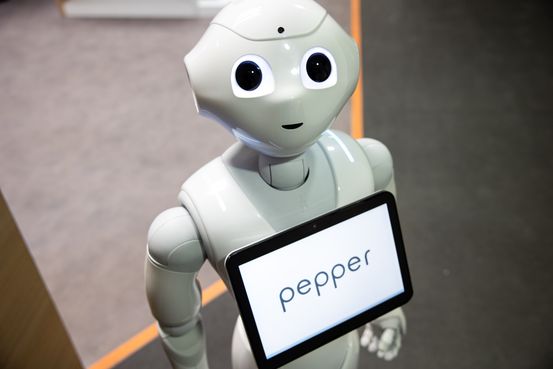 TOKYO—Having a robot read scripture to mourners seemed like a cost-effective idea to the people at Nissei Eco Co., a plastics manufacturer with a sideline in the funeral business.

The company hired child-sized robot Pepper, clothed it in the vestments of Buddhist clergy and programmed it to chant several sutras, or Buddhist scriptures, depending on the sect of the deceased.

Alas, the robot, made by SoftBank Group Corp., kept breaking down during practice runs. “What if it refused to operate in the middle of a ceremony?” said funeral-business manager Osamu Funaki. “It would be such a disaster.”

Pepper was fired. The company ended its lease of the robot and sent it back to the manufacturer. After a rash of similar mishaps across Japan, in which Pepper botched its job at a nursing home and gave baseball fans a creepy feeling, some people are saying the humanoid itself will need a funeral soon.

“Because it has the shape of a person, people expect the intelligence of a human,” said Takayuki Furuta, head of the Future Robotics Technology Center at Chiba Institute of Technology, which wasn’t involved in Pepper’s development. “The level of the technology completely falls short of that. It’s like the difference between a toy car and an actual car.”