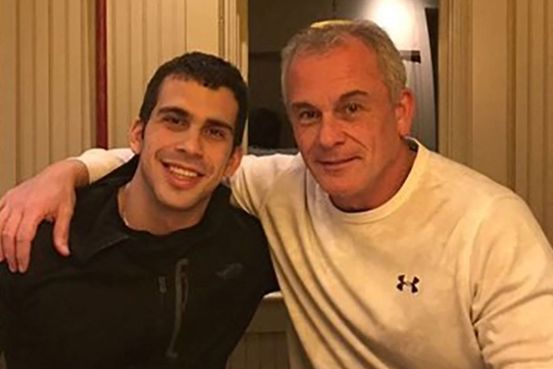 TOKYO—A Tokyo court on Monday sentenced Americans Michael Taylor and Peter Taylor to prison for their roles in the escape of former Nissan Motor Co. chief

Michael Taylor, a 60-year-old former Green Beret, received a two-year sentence. Peter Taylor, his 28-year-old son, received a sentence of one year and eight months. The court said they would get credit for 90 days already served in Japan.

The sentences are the latest fallout from the flight of the former Nissan chairman from Japan in late December 2019, which allowed him to avoid a trial over financial charges. Mr. Ghosn, who had been living in Tokyo, hid inside a box and departed Japan on a private jet, ultimately arriving in Lebanon where he now lives. He denies wrongdoing and says he fled because he didn’t think he could get a fair trial.

The Taylors’ defense team had sought a suspended sentence that would have allowed the defendants to return home quickly. The defense argued the Taylors were motivated by an altruistic desire to rescue a man from a Japanese justice system they believed tortured people. After their extradition to Japan in March, the Taylors said they no longer believed that the Japanese justice system tortures people, based on their firsthand experience.

“Because of this case, Ghosn, a defendant facing serious charges, was able to escape overseas,” said Judge Nirei. “It has been one and a half years since the escape and there is still no prospect of a trial. The consequences of this case are very large,” he said. Lebanon doesn’t have an extradition treaty with Japan.

The Taylors pleaded guilty last month to the charge of aiding the escape of a criminal.

The Taylors were arrested at their home in Massachusetts in May 2020 and fought an unsuccessful nine-month battle to avoid extradition to Japan. After they were brought to Tokyo in early March, the case moved swiftly because they admitted guilt. During his final statement to the court ahead of Monday’s sentencing, Michael Taylor said in a teary courtroom apology that he regretted ever agreeing to help Mr. Ghosn. “It wasn’t done for money, because I am so far in debt in legal fees,” he said.

During the trial in Tokyo District Court, the Taylors apologized to the Japanese people and prosecutors, saying they didn’t realize they were breaking Japanese law.

The court said the Taylors wouldn’t receive credit for the time they served in a U.S. jail, rejecting a defense request that would have shortened the time they must serve in Japan.

But the judge also declined to give the full sentence prosecutors had sought. They had sought two years and 10 months for Michael Taylor and two years and six months for Peter Taylor. The maximum sentence for the charge is three years. The judge said the Taylors showed remorse for their actions.

Judge Nirei said he found it difficult to believe that the Taylors acted out of humanitarian concern for Mr. Ghosn because he said the Taylors made no apparent effort to confirm whether Mr. Ghosn was tortured.

The judge said only around half of the $860,000 the Taylors received from Mr. Ghosn went to pay for the private jet flight out of Japan, which the judge said indicated that some of the money was pocketed by the Taylors. He described profit as the Taylors’ principal motive for helping Mr. Ghosn.

Michael Taylor was the main actor in the escape, said the judge, bringing both his son, Peter, and friend George Zayek into the plan. That meant he bore the greatest culpability and deserved the greatest punishment, the judge said.

“Peter played a smaller role, but his role was important to ensure the plan wasn’t discovered,” the judge said.

The Taylors are the latest people to be convicted for their role in the escape. Three Turkish nationals—two pilots and a manager of the jet charter company—were found guilty of migrant smuggling by a court in Istanbul in connection with the escape, which included a stop in Turkey.

Separately, a Tokyo court is hearing the case of former Nissan executive

who along with Mr. Ghosn was charged with failing to report Mr. Ghosn’s full compensation in Nissan financial disclosures. Mr. Kelly says he is innocent. Final arguments in that case are scheduled for the fall.

Write to Sean McLain at sean.mclain@wsj.com