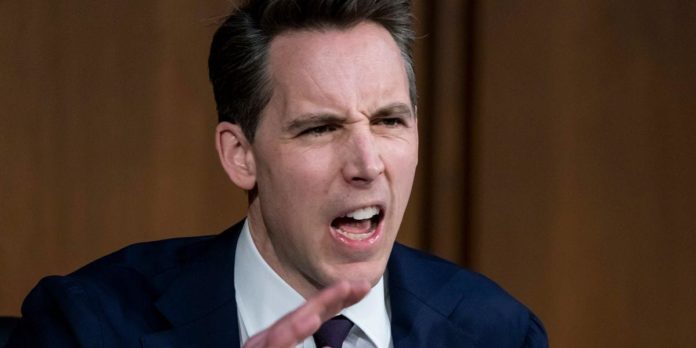 Former and current U.S. senators should be banned from running for president, conservative commentator George Will argued in his latest column for The Washington Post.

That way, the veteran pundit suggested, the Senate will be populated by people who actually want the job rather than by grandstanding politicians who see it as a platform to boost their profiles for a White House bid.

Hawley “exemplifies the worst about would-be presidents incubated in the Senate,” wrote Will.

“Arriving there in January 2019, he hit the ground running — away from the Senate,” the commentator continued. “Twenty-four months later, he was the principal catalyst of the attempted nullification of the presidential election preceding the one that he hopes will elevate him.”

“Nimbly clambering aboard every passing bandwagon that can carry him to the Fox News greenroom, he treats the Senate as a mere steppingstone for his ascent to an office commensurate with his estimate of his talents,” Will concluded.

This article originally appeared on HuffPost and has been updated.