Boeing, Airbus Gear Up for Post-Tariff Fight for Orders 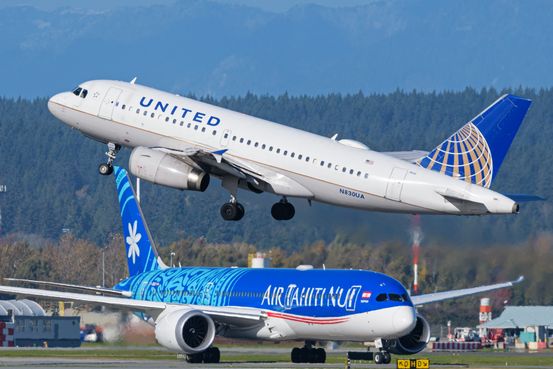 A trans-Atlantic truce over jetliner subsidies sets up

for a revitalized battle in their respective home markets, as each maps out strategies to regain ground lost to the pandemic-driven travel slump.

The U.S. and the European Union suspended their 17-year-old fight over airliner subsidies, setting aside punitive tariffs each had levied on the other’s plane maker. Both companies had been either absorbing those tariffs or passing them on to customers when they made trans-Atlantic deliveries. The tariffs amounted to 15% of a plane’s price tag.

The two sides had suspended tariffs in March as part of talks to resolve the issue. They agreed Tuesday to extend the freeze for another five years. The deal comes just as Boeing starts to deliver its 737 MAX single-aisle jet again. The plane was grounded for more than two years following two deadly accidents that prompted design and training changes.

The deal removes the threat of tariffs holding up or blocking deliveries by the two into their rival’s home market at a time when both need sales, said

aerospace analyst at Vertical Research Partners. The U.S. and European markets are roughly equal in size, each accounting for around a fifth of total orders and deliveries by the two big plane makers.

“Given that this was an unnecessary, friendly-fire conflict, ending this trade war is good news” for both, Mr. Stallard said, adding, “The 737 MAX grounding and then the pandemic have meant that new aircraft deliveries have been much lower than they were pre-tariffs in 2018.”

Sniping continued despite the truce. Airbus accused the U.S. of agreeing to a deal only after Boeing was ready to start shipping the 737 MAX to Europe. “The tariffs coincidentally came when we had a competitor that was seriously disrupted,” said Airbus Chief Commercial Officer

The office of the U.S. Trade Representative didn’t immediately comment. Boeing said it welcomed the new U.S.-EU agreement but declined to comment on the Airbus remarks.

Airbus, with a factory in Mobile, Ala., was able to avoid some of the tariff pain by providing U.S. customers with an American-made—and thus, tariff free—version of its bestselling single aisle jet, the A320, which competes with the 737 MAX. It can now supplement deliveries to U.S. customers with tariff-free European-made planes.

Both jet makers, meanwhile, are looking for ways to capitalize on the nascent return of demand for airliners in some markets. Domestic travel, particularly in the U.S., is starting to return strongly. Sales of both the 737 MAX and the A320—smaller, more flexible and more fuel efficient jets, suited to shorter-haul domestic flights—could benefit most.

Orders and deliveries remain well below pre-pandemic levels but are recovering. Airbus delivered 220 jets through the end of May, compared with 111 by Boeing. The U.S. company was dogged by quality problems that limited its ability to hand over the MAX and 787 Dreamliner.

Boeing has outsold Airbus so far this year, with 380 orders versus 94 for its rival, driven mainly by some big deals with U.S. carriers including

Airbus’s backlog is now at 6,979 compared with 4,983 for Boeing. Its market share of the narrow-body market is now above 60%, according to

, compared with a roughly even split before the MAX crisis.

For Airbus, the extended tariff freeze provides it the opportunity to double down on sales efforts in the U.S., where travel demand so far is outpacing most other markets. A key prize for both plane makers:

is weighing an order for about 200 aircraft. Boeing and Airbus are both pitching for the deal, which could be split between the manufacturers.

PLC placed a new order for 75 Boeing 737 MAX jets at the end of last year. It had previously told Boeing it would have to eat the tariff. Ryanair Chief Executive

has since signaled he could agree to a follow-on order for at least another 100 Boeing aircraft.

Both companies are also wary of the growing threat posed by China’s homegrown single-aisle jet, which could enter service as soon as the end of this year. It will be years before that aircraft becomes a viable competitor outside of China. But if it is a success inside the country—the world’s biggest aviation market—it could greatly reduce Chinese carriers’ appetite for foreign-built jets.

Write to Benjamin Katz at ben.katz@wsj.com and Doug Cameron at doug.cameron@wsj.com

Corrections & Amplifications
Boeing has had 380 orders so far this year. An earlier version of this article incorrectly said the number was 394. (Corrected on June 16)