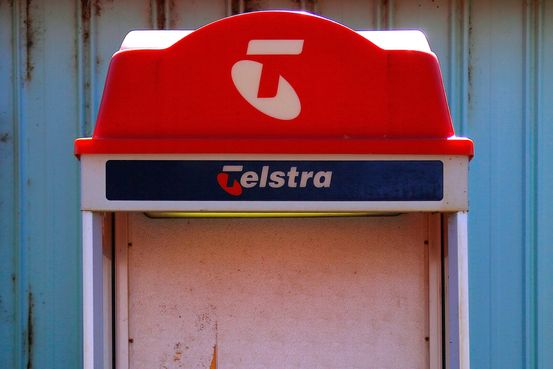 The Australian government plans to provide most of the financing for the acquisition of mobile networks in six Pacific nations, a move that foreign-policy experts say is designed to block China from buying the strategically important assets.

, Australia’s biggest communications provider, said Monday it is considering buying the mobile networks in Papua New Guinea, Fiji, Nauru, Samoa, Tonga and Vanuatu, and that the Australian government would help pay for the acquisition. The networks, currently owned by Jamaica-based Digicel Group, are adjacent to subsea cables that carry communications between Australia and its neighbors.

A deal would be the latest move by the Australian government seeking to limit Chinese influence in the region, particularly in the telecommunications sector. Australia has banned Chinese telecommunications firm Huawei Technologies Co. from involvement in its 5G mobile network. In 2018, Australia said it would build an undersea high-speed internet cable to the Solomon Islands, shutting out Huawei from the project. And more recently, Australia began reviewing on security grounds a Chinese company’s lease of the port in the northern Australian city of Darwin.

Telstra said there is no certainty a transaction will proceed.

The company, which was owned by the Australian government until 1997, has been more focused on selling off assets recently and wouldn’t have considered the Pacific acquisition without the government’s request, according to a person familiar with the matter. Telstra has been in talks with Digicel for several weeks, the person said.

Australia’s Department of Foreign Affairs and Trade said that where appropriate, the government supports Australian businesses investing in infrastructure in the Pacific. China’s Australian Embassy didn’t respond to requests for comment. A representative for Digicel, which has been struggling financially amid the Covid-19 pandemic, couldn’t be reached.

Tensions between Australia and China have escalated since last year when Australian Prime Minister Scott Morrison backed calls for an investigation into the origins of the Covid-19 pandemic. China has since placed tariffs or placed other restrictions on Australian goods including coal, wine, wool and cotton.

Under Mr. Morrison, Australia’s center-right government has sought to deepen the country’s ties with the U.S., its historical ally, but that has been a delicate balancing act given that Australia is also increasingly reliant on China for its economic well-being. China buys much of Australia’s iron ore and Chinese students and tourists flocked to Australia before the coronavirus pandemic shut international borders.

Australia’s move to head off China as a potential buyer was driven by security concerns, said John Lee, a senior fellow at the United States Studies Centre at the University of Sydney. If China acquired the Pacific mobile networks, it could monitor Australian communications to and from the region and use its control of the assets as leverage, he said.

“It would almost be game over as far as keeping out or minimizing Chinese influence over these developing economies is concerned,” said Dr. Lee, who was an adviser to former Australian Foreign Minister Julie Bishop from 2016 to 2018. Australia and the U.S. “have a focus on the South Pacific and in particular putting constraints on Chinese influence,” he added.

Australia’s investment could be the first after granting new powers to its export credit agency to finance transactions that serve the country’s national interests. Australia’s trade minister announced the legislation last month, but it hasn’t yet been scheduled for debate in parliament.

For Telstra’s part, the deal would be an opportunity to work with the government during the likely privatization of Australia’s broadband network. Telstra recently restructured to enable a bid.

“It’s a good time for Telstra to be doing the federal government a favor. Favors come back around,” said Jonathan Pryke, Pacific Islands director at the Lowy Institute, a think tank in Sydney.

Write to Stuart Condie at stuart.condie@wsj.com