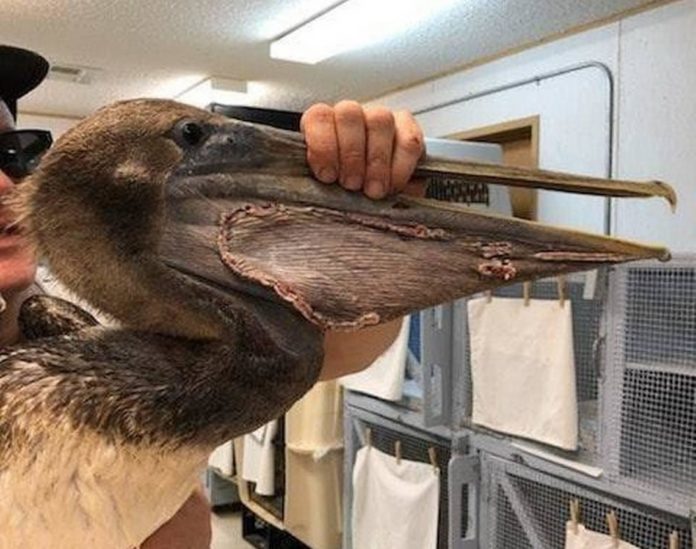 The island chain is a place where you can get jail time for taking undersized snapper or out-of-season spiny lobster.

Feeding a pelican can also have legal consequences.

One tourist learned this the hard way last week.

Dominick E. Ciletti Jr., 57, of Alpharetta, Georgia, landed in jail after throwing dolphinfish scraps at pelicans that were hanging around a cleaning station at a Key West marina as he filleted the mahi-mahi, according to the Florida Fish and Wildlife Conservation Commission.

Ciletti was at the city marina, 1801 N. Roosevelt Blvd., on April 23, when FWC officers said they saw him and another man throwing fish to pelicans — an illegal act in Florida.

State wildlife officers said they tried to give him a notice-to-appear citation, which would have required him to show up at the Monroe County Courthouse in May.

But things escalated when Ciletti became belligerent and raised his voice, FWC said.

“I’m not coming back here to go to court, that’s bull—-!” Ciletti said, according to the arrest report.

Refusing to accept a citation is a misdemeanor.

An FWC officer put Ciletti in handcuffs and took him to the county jail on Stock Island. Ciletti was released the same day after posting a $328 cash bond.

Efforts to reach Ciletti were unsuccessful. His attorney listed in court records did not immediately reply to an email Friday evening.

Ciletti is due in court May 11 before Monroe County Judge Mark Wilson.

The other man FWC said was tossing fish to the pelicans, a charter boat mate, signed his citation without incident.

A press release from FWC said the two men were throwing whole dolphinfish carcasses and smaller pieces to the pelicans, but didn’t specify who threw what.

Feeding pelicans is illegal because it can cause them serious harm.

Fish carcasses and sharp bones can injure or kill them by puncturing their throats, or get lodged in their pouches, according to FWC, which asks people to toss unwanted fish into trash cans with lids.

Pelicans also tend to congregate where people feed them, and that puts them in places where they’re more likely to get tangled up in fishing line or hooked.